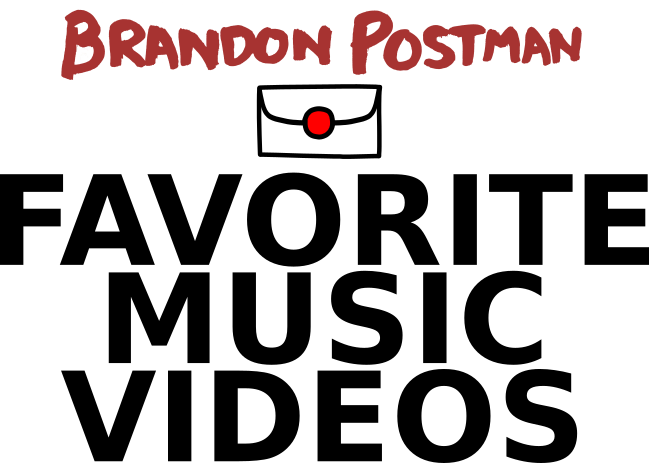 I love YouTube. It’s a powerful and young medium, and people are still posting brand new ideas there every day. Today, we’re going to take a spin around the best music videos available, and many of my personal favorites. Where image and emotion meet, the best reside.

No piece of media is so consistently able to make me cry every time. It follows civilization from meager beginnings into a neon future where no one is satisfied, and everyone fights to stay alive. It’s all bright lights and explosions, and then the final 1/3 is a painful commentary on human nature. Probably my favorite music video, if I had to pick just one.

You know Bill Wurtz. He’s actually pretty freaking famous now, as he produced the two ultra-popular YouTube videos “history of japan” and “history of the entire world, i guess”. Before his long-form blockbuster success, Wurtz had been working on Vine, and later grew to producing short jingles and music videos. He is a humble genius, and I think this is among his most emotional work. Also catch “outside” and “you’re free to do whatever you want to” and “how to be cool” and the hilarious “barf on me” and “harmonizing the weather lady” and, believe it or not, “La de da de da de da de day oh”.

Probably the best music video to come out of our local scene. Niights play shoegazey-dream-pop-whatever-ya-call-it. For the video, they threw a party in lead singer Jenna Lorine’s bedroom, where she wonderfully abandons her inhibitions. I love this video so freaking much.

The White Stripes – “The Hardest Button To Button”

Interesting use of pixilation animation, where short bits of film are spliced together to create the illusion of continuous motion. It’s hard to pick just one White Stripes video. Honorable mentions go to the weirdo “Seven Nation Army” and of course the classic Lego stop motion “Fell In Love With A Girl”. But this one takes the nod, partially because of the Beck cameo.

Even if you don’t like emo, or think MCR is a bastardized emo in makeup, this video is still worth your time. I hope my funeral is half this entertaining. I want dancers and singers, and I want to twirl down the aisle, dazzling my guests with one last go.

Both of these videos are here for the same reason: they feature beautifully honest depictions of heartbreak. These gorgeous girls got dumped, and their tears are real. Few times has music video captured such raw emotion.

An MTV classic, and for so many good reasons. The weird stop motion bits were incredibly forward-thinking for the time, and still weird enough to intrigue 33 years later. My favorite part is the ending, where he walks out in the starlight suit, and becomes one with the background. What a freaking cool shot. A lot of songs purely about sex are wastes, but not this one.

I hope I never find out why he was laying down. So many honorable mentions here: “Karma Police,” “No Surprises,” “Burn The Witch,” and “Paranoid Android”.

An early foray into music video. Still hilarious. The nonchalant Dylan drops those cards like he didn’t spend as much time on them as he must have. I attended the march on Trump’s inauguration day in Cleveland, and held up a big ‘SUCKCESS’ sign.

OK Go – “This Too Shall Pass” Marching Band Version

Yes, it’s the treadmill guys. That video was iconic. And then, what a happy surprise: OK Go continued to drop video after video, all of them memorable, unique, and great. My favorite is this one-shot, live-audio marching band version of “This Too Shall Pass”. The other version (The Rube Goldberg) has over 10,000x more plays, and it’s very good, but I always come back to this one. So many discordant elements come together to create an emotional performance. I mean, guys in ghillie suits? Purple band uniforms? Whose idea was this? Either way, the bridge is one of my favorites ever, and right at the climax, the kids chorus comes in, which is a super rewarding turn. It’s adorable, too, that they left in the couple seconds at the end where all the kids run in and bang on the band’s percussion with their flags. A very powerful song, delivered live, becomes one of the best videos I know. Huge honorable mentions to “Here It Goes Again” (the treadmills), “Obsession” (a wall of printers!), “I Won’t Let You Down” (an early trendsetter in single-shot drone video), and “Needing/Getting” (where the song is played using a Chevy Sonic and a ton of props). Thank god somebody gave these guys a budget.

I just talked about this video on my 30 Day Song Challenge post, and I can’t resist mentioning it again. I think it’s one of the most fun videos I know. They tear apart this penitentiary, and love overcomes hate. Huge honorable mention to “I Miss You,” from the same album, which helped to set the aesthetic for the mid-noughts emo movement that was to come.

I get pumped as hell when I watch these Blue Angels! What incredible teamwork! Makes you wish David Lee Roth could have worked with them like this. Oh well- our boy Sammy picks up arguably his best song. “Right Now” is a close second, and arguably the better video.

Just a classic. Funny and fun, and totally timeless.

Alice In Wonderland has been parodied way too many times. It would require a very unique take on it to make it feel fresh. Tom Petty accomplishes that here, where he appears as the Mad Hatter. The disjointed rush of many of the camera movements adds a stress to the video that matches the song. And the grand finale, where she’s the cake, is hilarious. Where the hell did they find this weird set? An enigma.

It’s really just John and John running around on a weird set, dancing badly, and chomping. They Might Be Giants are underrated masters of music video. See “Birdhouse In Your Soul,” “Dr. Worm,” “Experimental Film” (featuring Homestar Runner, on one of Ryan’s favorite songs), and “Older”.

Chester’s suicide ultimately puts a somber tone on the end of this one. He had been fighting it for so long, and this was an anthem of survival. Where does it stand now? It’s hard to tell. But I remember, when I heard he was gone, I walked out of band practice and watched this music video. Whatever its legacy turns out to be, it is one of the best.

A call to be yourself and to take criticism sparingly. The outro scene in the theater is iconic.

The Presidents of the United States of America – “Bad Times”

He’s rushed to do so many things in so little time. The business meeting is the longest part of the whole video. He doesn’t even get to bite the burger before he’s handed the box. It’s a classic ‘day-in-the-life’ type video, but it resonates very well, and I don’t forget about it.

The burning palm trees are one of the most memorable images of my first year or two with pop music and television, during MTV’s last stand.

Hampton the Hamster – “The Hamsterdance Song”

Totally ending this list with my ultimate guilty pleasure.